If you don’t want to be one of those travel lovers that always flocks to the beach, then head to Munich, Germany for a less cliché summer stopover. It’s the most expensive city in the country but it is also very quaint thanks to a dual personality that visitors find extremely charming. The unofficial European capital of publishing and technology hosts the Bavarian Alps and the River Isar which give the city a hint of natural beauty. Munich’s streets are also lined with man-made marvels that include designer retail shops, shiny BMW outlets and a strip of restaurants and bars that will keep you busy from sunrise to sunrise.

Instead of searching for exotic estates, you can also spend some of your time at the pinnacle of Bavarian culture by touring medieval locales, art galleries, historic streets and the notorious beer gardens. Munchen plays host to the country’s 200-year-old bonanza called Oktoberfest but let it be noted you can bring-your-own-food to a lot of the city’s biergartens which allows you to create your own picnic. Munich is also a great jumping-off point thanks to its advanced transport system. Punctuality is prized in the European city and its the main reason why buses and trains are rarely late. It’s also a pretty good reason to take mini trips to Zurich, Vienna and Prague. 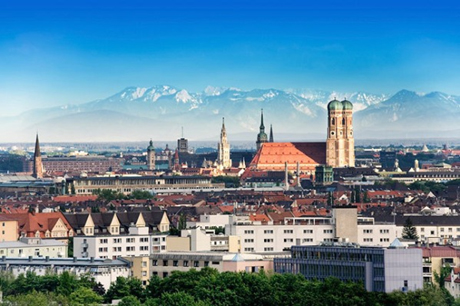