1 Athletes That Died Way Too Soon 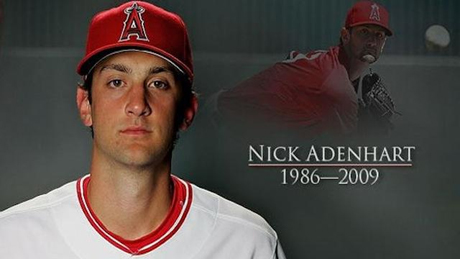 Every year there is at least one sport that faces the death of an athlete. I’m not referring to those that have retired and grown old, rather players that are still in the leauges when they suddenly pass away. Sometimes they commit suicide, overdose or make the stupid mistake to drink and drive. Then there are the athletes that die literally out-of-nowhere.

I’m talking about the completely unexpected, unintended types of death. Some of them die from natural causes; others die from some insane or unanticipated event. It is very rare that an athlete dies while they are in the middle of the game, but even that has happened before.

It kind of makes you wonder what will happen next. Who will be the next athlete to die unexpectedly? It’s not something that you want to think about but you know it will happen in the future. You never know who will be in the wrong place at the wrong time.

On this list I have included athletes who could have became stars if their careers wouldn’t have ended with death. Some of them were on the rise right before they passed away. It’s hard to tell what achievements and records they could have broken if they were still alive today.

I tried to include athletes from multiple eras, that way everyone should know at least a few names on the list. Either way, these athletes passed away too soon in life. Some names will be familiar, others you may want to research more to see what their potential really was.

I’m not going to include those that made stupid decisions that led to their death; that was their own personal choice. They could have easily prevented their deaths.

I know I couldn’t include every single athlete that has passed away but I did my best to give the 20 spots to the men and women that deserve the most recognition. Enjoy!