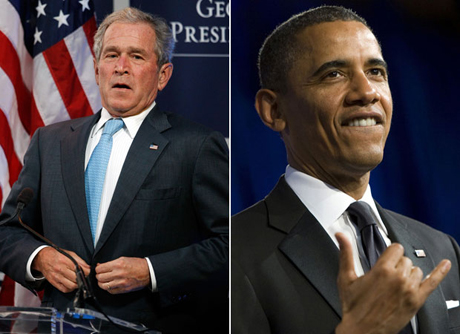 A Classic Bush-ism. George W. Bush: “They misunderestimated me.”

We Demand a Recount! President Obama: “Over the last 15 months, we’ve traveled to every corner of the United States. I’ve now been in 57 states? I think one left to go. Alaska and Hawaii, I was not allowed to go to even though I really wanted to visit, but my staff would not justify it.”