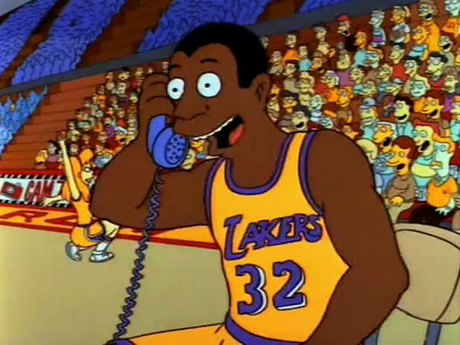 What Happens: A panicked, barely-trained Homer uses eeny, meeny, miny, moe to push random buttons and saves Springfield Nuclear Power Planet from a meltdown. He’s named Employee of the Month, earned the respect of his daughter and even given a congratulatory phone call from NBA Hall Of Famer Magic Johnson, but he gets progressively more and more bothered by the fact that his heroism was just dumb luck. History repeats itself during a horrible motivational speech at Shelbyville’s plant, and when everyone observes him being stupidly lucky instead of smart or competent at his job, “Homer” goes into the dictionary with the definition, “to succeed despite idiocy”.

Key line: “Is this really Homer Simpson?” “Yeah.” “Wow. Homer, I just used our last time-out to call and congratulate you on averting that nuclear holocaust.”

1. The first time a character said “ass” on the show, the first two times in fact, before the Fox censors got ahold of it and replaced both of them with “butt”. There is nothing more awkward than somebody saying butt when they mean ass. Ass is a totally different connotation.

2. ‘The Simpsons’ has had too many sports guest stars to name (especially in later seasons, when plots are “Homer goes to the London Olympics! Guest stars ALEX MORGAN HOPE SOLO ABBY WAMBACH LOLO JONES GABBY DOUGLAS MCKAYLA MARONEY MICHAEL PHELPS RYAN LOCHTE LEBRON JAMES JUSTIN BIEBER”), but Magic Johnson was the very first. And unlike a lot of modern guest stars whose roles are to say “Hey Bart” and to smile while Bart goes “WOW, MIGUEL CABRERA OF THE DETROIT TIGERS” or whatever, Magic isn’t afraid to deliver weird lines about holocausts and even “pull a Homer,” accidentally draining a shot while slipping. Michael Jordan would never let you make him look like that. Jordan couldn’t even play with the Looney Tunes without having them kiss his ass every five seconds.