19 Football In The Groin 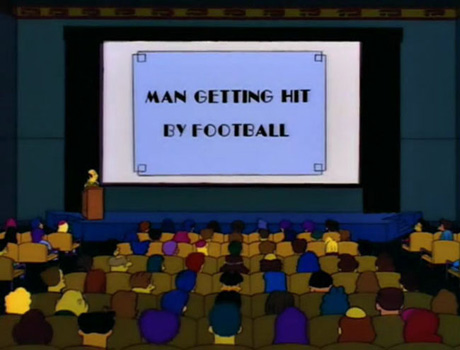 What Happens: Homer judges the first ever Springfield Film Festival and is torn between three choices — Barney’s Pukahontas, an introspective and personal film about alcoholism; A Burns For All Season, a heavy-handed biopic about C. Montgomery Burns directed by Steven Spielberg’s non-union, Mexican equivalent; or Man Getting Hit By Football, a four second clip of Hans Moleman getting drilled in the dick by a football. Barney’s movie has heart, but Football In The Groin has a football in the groin.

A moment that will live forever in television history: