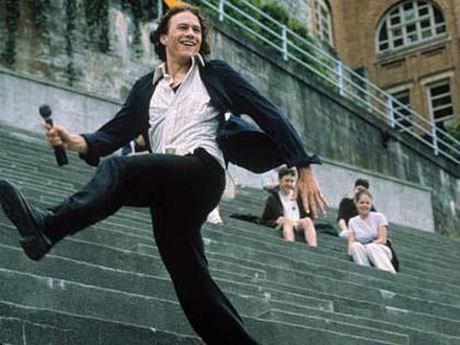 “10 Things is like something made by your incorrigible uncle, the hep uncle with the girlfriends about your age who thinks he’s cooler than your parents. Ugh. It’s dispiriting to see a gaggle of up-and-comers held in movie detention.”
Wesley Morris, San Francisco Chronicle
What we say:

A way above-average teen romance which made clever use of its Shakespearean framework to hold up rather than hold back its more modern ambitions.

But from our post-Heath Ledger viewpoint it’s also well worth a look to remind ourselves of the increasingly serious actor’s range – singing, dancing, smiling and romancing – and how he could have developed had his career not been cut short.