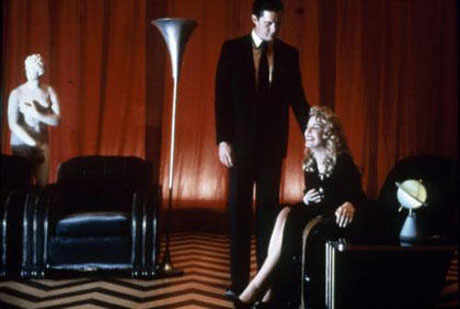 “The whole thing looks like off-cuts from the series that were eliminated because they were either too nasty or too inept. Self-parody would seem too generous an assessment of Lynch’s aims and achievement.”
Geoff Andrew, Time Out
What we say

People conveniently forget that Twin Peaks’ TV series had been running on empty for months before it was canned and Lynch returned to give the climax some cinema-sized style.

Audiences craved a return to the warmth and mystery of those first few amazing episodes – coffee, cherry pie, and a murdered homecoming queen – but what they got was a dizzying affront, a condensed series of characters and situations which presented a bloody, lusty image of Twin Peaks unbroadcastable on network television.

The choppy structure can frustrate – a great deal was shot and not used, and an extended edition would be very welcome – but there are standout moments of nightmarish anxiety: David Bowie’s apparition of an FBI agent, Laura and her father screaming in half-knowing distress in their car, and the extraordinary strobe-lit bar sequence.

It doesn’t really work as a prequel, but with some distance, it’s very effective as a savage summary of the series’ deeper, darker side.