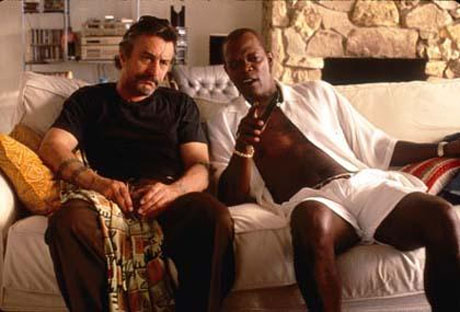 “For all its enthusiasm, this film isn’t sharp enough to afford all the time it wastes on small talk, long drives, trips to the mall and favorite songs played on car radios. And although Ms. Grier makes an enjoyable comeback, she isn’t an actress well served by quiet stretches of doing nothing before the camera.”
Janet Maslin, The New York Times
What we say:

It might not have the edge of Reservoir Dogs or the insane cool of Pulp Fiction, but it drifts on by deliciously, with a mature and masterly sense of poise and timing.

Here is QT doing his thing, unhurried and assured, rolling out a tight, knowing crime caper by focusing on the characters and letting the story do it’s own work.

If the director’s subsequent slide into pastiche exploitation is a response to Jackie Brown’s so-so reception, then those short-sighted reviewers have derailed an incredible talent.