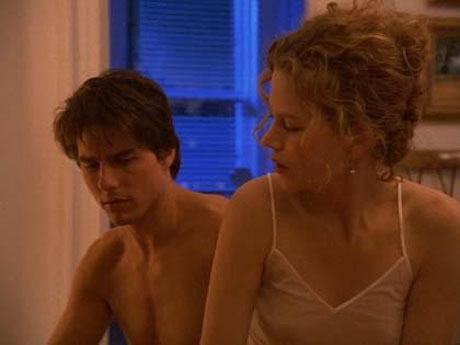 It’s difficult, yes – in the same way that 2001 and A Clockwork Orange and The Shining are difficult.

Sure, Eyes Wide Shut wasn’t the grand send-off we all wanted – the instant, stand-up-and-applaud-Stanley exhibition of greatness that it felt like it should be.

But, genius doesn’t roll that way. Instead, the film is complex, ambiguous and occasionally baffling, but commandingly meticulous and oh-so deliberate.

Tom Cruise and Nicole Kidman, playing a struggling couple while themselves nearing the end of their real-lifemarriage, feel cold and disconnected in a way that’s utterly, ruthlessly precise. Cruise’s nightmare slide into an underworld of elitist depravity shakes him loose from his composed star image and has him running loose – acting! – throughout.