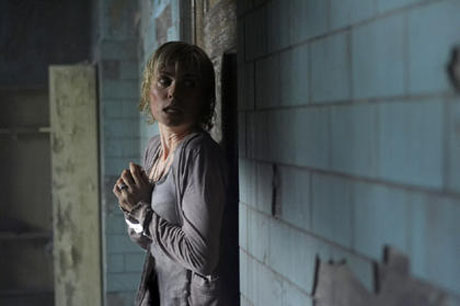 “Playing much like a game, the story sees clue ‘A’ point to location ‘B’ where monster ‘C’ is waiting to ambush our heroine. Which is all very well when you’re sitting at home, controller in hand, but isn’t anywhere near as satisfying or scary as a cinematic experience.”
James Dyer, Empire
What we say:

Okay, so the videogame original was never really big on plot – not one that you could understand, anyway – but where both it and the film excel is in creating an overpoweringly forbidding atmosphere.

Give it another go – and this time, ignore all story points bar the loss of the child. Suddenly, it becomes a surprisingly effective horror of guilt, loss and, you know, big monsters with giant cones on their heads.