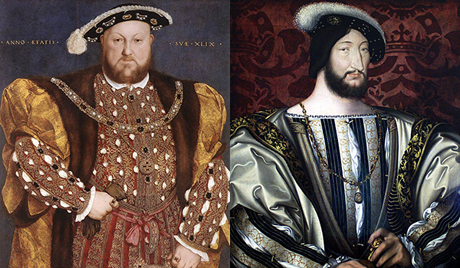 Once bitter enemies, Henry VIII of England and Francis I of France decided to ally themselves in 1520. They did so by throwing an excessively elaborate party. It lasted three weeks, and it ended when Henry lost a playful wrestling match between himself and Francis. He was such a sore loser that he allied himself with Francis’ enemy, the Holy Roman Empire. Such fickle, petty world leaders they were.