Forget 50 Shades of Grey. Here’s 32 iconic black and white celebrity photographs from over the years.

Capturing some of the most well-known and established actors & musicians in the world, these rare photographs give you a candid insight into their personality – away from the big stage and bright lights of Hollywood.

Their unique qualities and genuine character shines through in these, some of the most remarkable photographs ever taken of the rich and famous.

We’d love to credit the photographers if we could, but as these images have been bouncing around the web for several years now, it’s devilishly hard to figure out who photographed who. Links have been broken, names have been forgotten and somewhere along the line the creators of these stunning photos have been lost. So if you do know who took a specific photo, let us know and we’ll add them in. They deserve all the credit in the world for capturing these unique portraits.
1 Iggy Pop & Johnny Depp 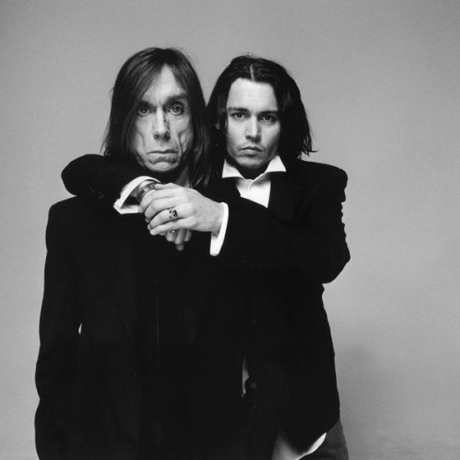