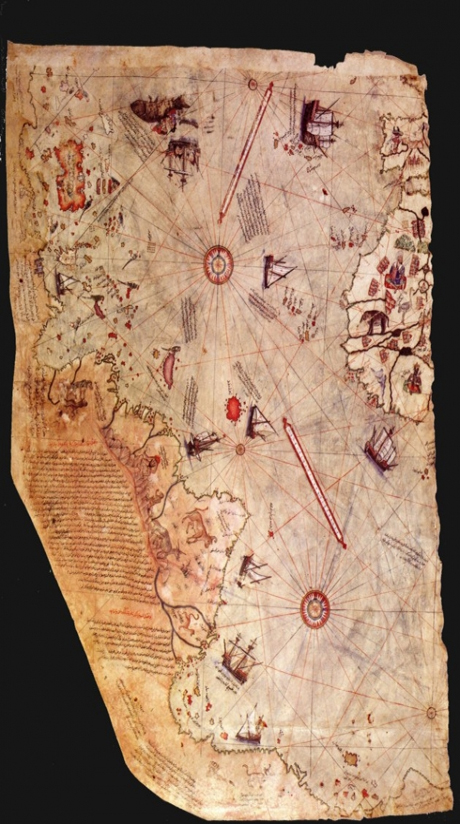 Piri Reis Map
The Piri Reis map shows the northern coastline of Antarctica and it is perfectly detailed.
Curious that Piri Reis managed to draw such an accurate map of the Antarctic region 300 years before it was discovered.
And that the map shows the coastline under the ice.
Geological evidence confirms that the latest date Queen Maud Land could have been charted in an ice-free state is 4000 BC.