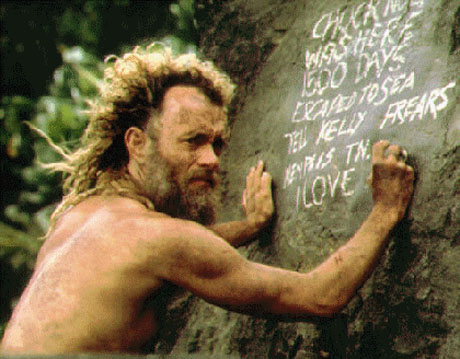 “A two-hour, 20-minute advertisement for FedEx. Deeply silly.”
Peter Bradshaw, The Guardian
What we say:

By the turn of the millennium Tom Hanks had stopped being the new James Stewart and had started being the new Man Everyone Hates Because He’s In So Many Average And Emotionally Exploitative Dramas – something he didn’t really escape until Road To Perdition in 2002.

But Cast Away was unfairly caught up in the mix. Yes, it’s a little too long, but Hanks has the chops to command the screen alone for two hours, and the film has big, booming heart. Anyone who claims not to have shed a tear when Wilson drifted off over the horizon is a stinking liar. Amazing plane-crash scene, too.