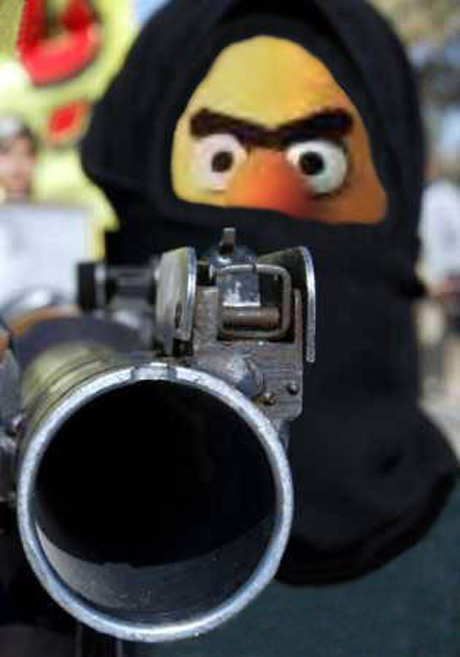 Stemming from a website started in 1998 by Dino Ignacio, the trend involves photoshopping Sesame Street’s resident unibrow into hilariously evil situations like the JFK Assassination, a Ku Klux Klan rally, and other PBS unfriendly adventures.

The best part of the meme is that you’d never expect Bert to be a stone-cold killer or bigoted racist (like Big Bird, who isn’t fooling anyone), but dammit he looks so at home with a burning cross! I wonder if Ernie cuts himself to deal with it all… 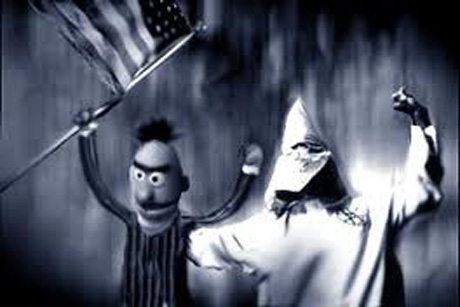 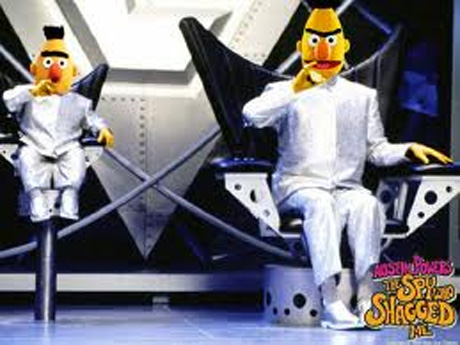