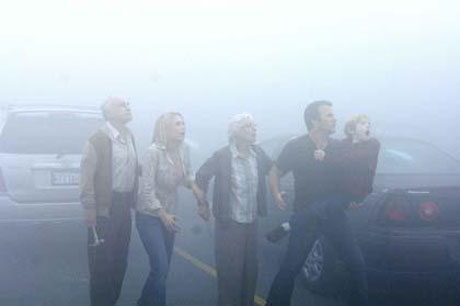 “It is a competently made Horrible Things Pouncing on People Movie. If you think Frank Darabont has equaled the Shawshank and Green Mile track record, you will be sadly mistaken.”
Roger Ebert, Chicage Sun-Times
What we say:

A stern, efficient and unconventional horror. The key is in the restraint – so little information is fed to the audience for so long that the film achieves a towering sense of dread and hopelessness. By the time the creatures do arrive en masse the effect is overpowering.

And that ending… Disciplined and super-bleak – almost cruel, but just the right side of weekend-ruining. Most importantly, though, it’s an ending that’s more interested in provoking than soothing. Cheap but gloriously nasty.