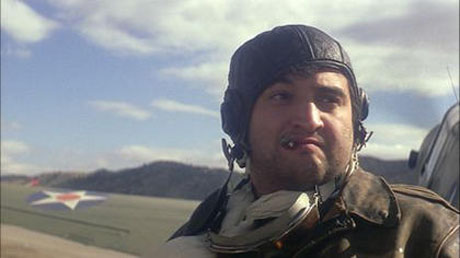 “The slapstick gags, obviously choreographed with extreme care, do not build to boffs; they simply go on too long. 1941 is less comic than cumbersome, as much fun as a 40-pound wrist-watch.”
Vincent Canby, The New York Times
What we say:

The truth is that after unprecedented successes with Jaws and Close Encounters, the critics were lining up to give wunderkind Spielberg a kicking, whether his new film deserved it or not.

In fact, 1941 has an incredible cast, an arsenal of screwball gags, and enough satirical edge for John Wayne – who turned down a part in the film – to condemn the whole thing as unpatriotic. That’ll do for us.